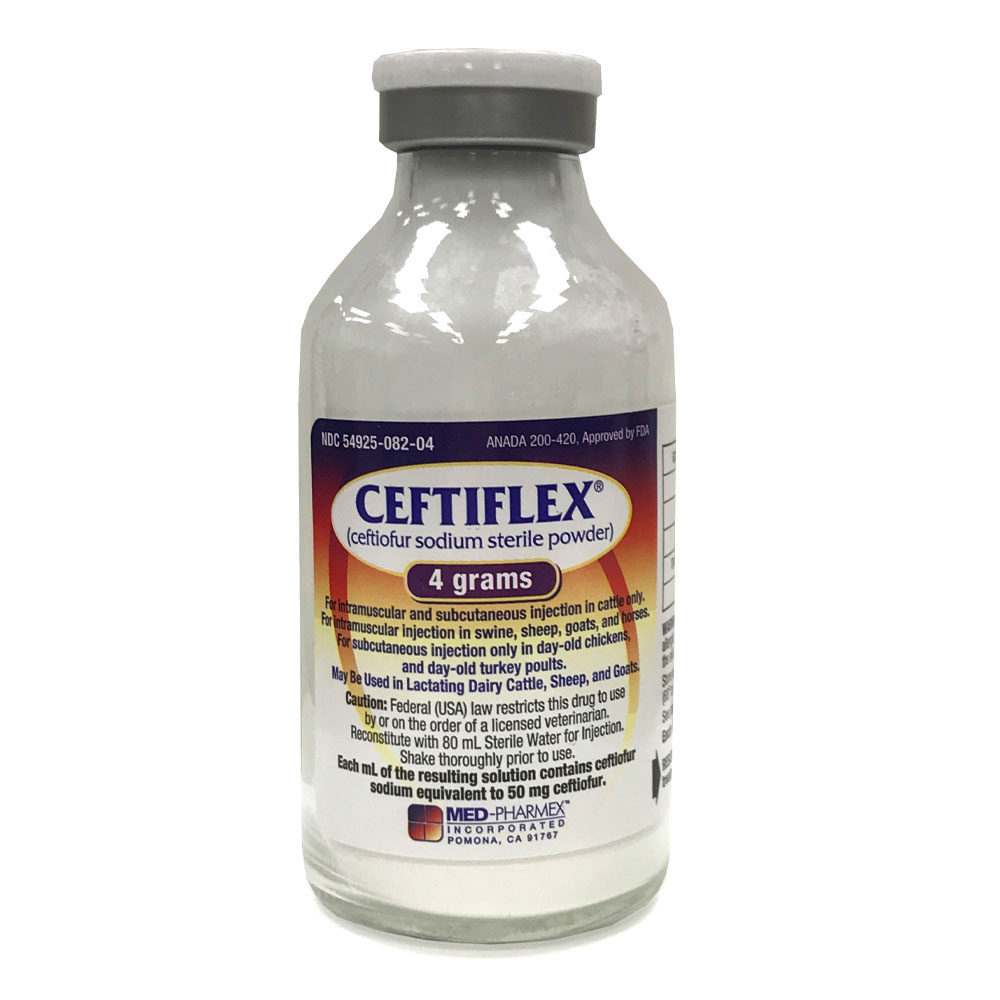 Ceftiflex is a broad spectrum injectable antibiotic used in the treatment of multiple species of animals.

Ceftiflex is indicated for infections in cattle, swine, sheep, goats, horses and dogs.

Ceftiflex is a broad-spectrum cephalosporin antibiotic active against gram-positive and gram-negative bacteria including β-lactamase-producing strains.

Ceftiflex is indicated for the treatment of respiratory disease in cattle, swine, sheep, goats and horses. In cattle, Ceftiflex is indicated for treatment of bovine respiratory disease (shipping fever, pneumonia) associated with Mannheimia haemolytica, Pasteurella multocida and Histophilus somni. Certiflex must be reconstituted with sterile water before use. Each ml of the resulting solution contains ceftiofur sodium equivalent to 50 mg ceftiofur. For intramuscular and subcutaneous injection in cattle. For intramuscular injection in swine, sheep, goats and horses. For subcutaneous injection in dogs, day-old chickens and day-old turkey poults. This product may be used in lactating dairy cattle, sheep and goats.

Ceftiflex is the sodium salt of ceftiofur. Each mL of the re-constituted product contains ceftiofur sodium equivalent to 50 mg of ceftiofur.